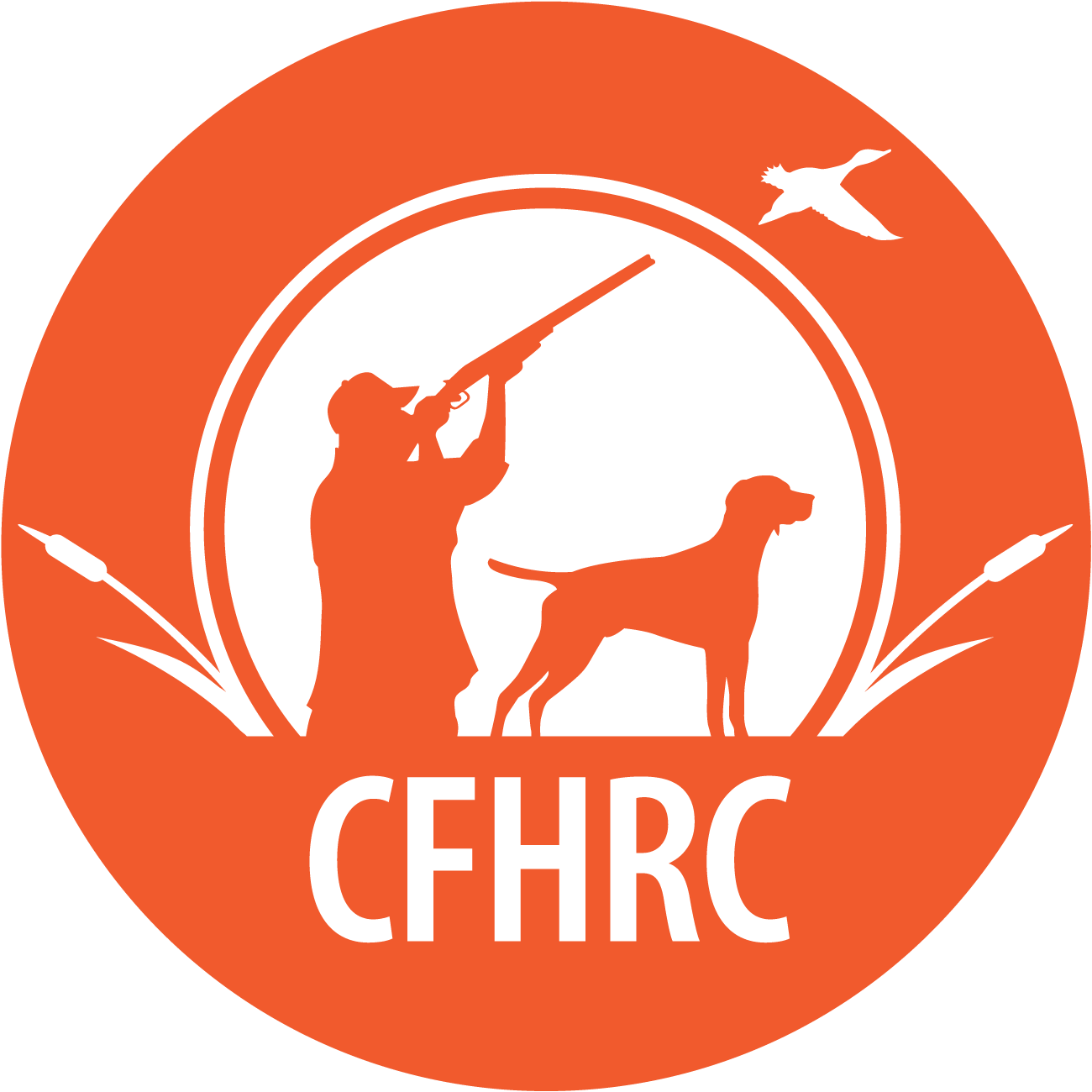 Area of the Fall – The location where a mark lands.

Blind Retrieve – A bird previously hidden and unknown to the working dog. The dog is directed to the bird under control of the handler. Blind retrieves are tested at the Seasoned level and above. Commonly called a ‘blind.’

Bubba Gunner – Shooter in the field who fires a shot at some point in the test.

Break – Occurs when a dog leaves the line prior to being released by the handler.

Controlled Break – Occurs when the handler stops the forward progress of a dog that has left the line prior to being released by the handler.

Creeping – Occurs when the dog moves forward but does not leave the line prior to being released by the handler.

Dog in Contention – A dog that is entered in the hunt test.

Dog’s Number – The official number a dog is given unique to that dog at a hunt test. The dog’s number is found in the program given to each handler at check-in. This is the number a handler gives to the judges when going to the line.

Drag Back – Bird scent left on vegetation in the field as a dog returns to the line with a bird.

Finished – The advanced level for a dog to compete, a higher level of difficulty than Seasoned. Fifteen (15) UKC championship points are awarded for a Finished pass.

Flight – The group of dogs running a specific test.

Flight Assignment – The particular flight to which a dog is assigned, found in the program given to all handlers at check-in.

Grand -The “Super Bowl” of hunt tests. Grand tests are held once each Spring and Fall. A Grand test consists of two land series, two water series, and an upland series. This is the only level in HRC where dogs are “cut” after each series. A Grand pass earns the dog 40 points.

Handler – The person directing a dog during a test. May be different than the dog’s owner.

Handlers Meeting – A pre-test meeting of all handlers at a test site. The judges will welcome everyone, explain the test objectives, run the test with a test dog and review gun safety.

Holding Blind – A barrier placed near the line for the next dog in the running order. The holding blind prevents the next dog from viewing the test.

Honor Dog – Used at the Finished, Upland and Grand levels. An honor dog remains at heel with its handler while the working dog runs the test. The honor dog must remain under control at all times and is under judgement until released by the judges.

Hunt Test – A dog competition where each dog is judged against a test standard on a pass or fail basis. Dogs are not placed, i.e. 1st, 2nd, 3rd, etc. Weekend tests are comprised of a land and water series. During a weekend event a test is conducted on Saturday and Sunday. A dog may run either or both days.

Land Series – The land portion of a test.

Lead – A short rope used to walk a dog and keep it under control.

Line – The place where dog and handler run the test as directed by the judges. This can also refer to the direction towards a bird.

Marked Retrieve – A bird thrown in clear view of the working dog, commonly called a ‘mark.’

No Bird – Called by the judges when an error occurs while a test is underway. For example, a winger malfunction that prevented a proper throw.

Poison Bird – A mark which is not allowed to be retrieved until some other action is completed by the working dog- usually a blind retrieve. This is rarely used in HRC tests, but often used in AKC tests.

Popper – The shotgun shell used by a handler in a hunt test. For safety reasons, it contains no actual shot but only a primer to simulate the report from firing a shotgun.

Popping – A dog stopping on its own without command and turning to look at its handler for direction.

Premium – The official form to enter a dog in a hunt test.

Running Order – The testing order of dogs as assigned by the site marshal. It is usually given after the handlers meeting. Running order is not to be confused with the dog’s number.

Running Water – Water shallow enough a dog can run through and does not have to swim.

Safe Gun – A gun with breech open and safety on, pointed in a safe direction.

Seasoned – The intermediate level for a dog to compete, a higher level of difficulty than Started, which adds blind retrieves, a diversion and a walk up. Ten (10) UKC championship points are awarded for a Seasoned pass.

Site Marshall – The person responsible at each test site for assigning running order and managing the test site to ensure it runs smoothly. Any questions a handler may have should be directed to the site marshal once the test begins.

Scratch – removing a dog from contention due to injury, illness or bitch in heat.

Started – The beginner level for a dog to compete, consisting of marked retrieves only. Five (5) UKC championship points are awarded for a Started pass.

Suction – Something in the field that may entice a dog off the straight line to a bird.

Test Dog – A designated dog, qualified to run in the test but not in contention, used to demonstrate the entire test. The test dog is run immediately after the handlers meeting and prior to any dogs in competition. The host club is responsible for providing a test dog.

Walk Up – A portion of a test at the Seasoned level and above, where the working dog is walking at heel with its handler. A bird is thrown by an assigned bird boy and shot by the handler. The dog must remain under control at all times and retrieve the bird, while the handler maintains gun safety.

Water Series – The water portion of a test.

Winger – a mechanical device designed to throw a bird.

Working Dog – the dog running a test under judgment.

Please fill out the form below and click submit. We will get back to you as soon as possible.